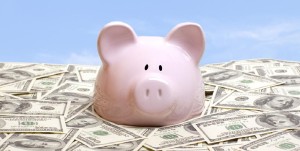 By Maggie Thurber
For Ohio Watchdog

The Boys & Girls Club of Massillon will reap $100,000. Big Brothers Big Sisters of Central Ohio shall receive $1 million. Legislators call them earmarks, but taxpayers prefer to call them pork — and Ohio’s budget for the next two years contains millions of dollars for them.

The list of pork in the budget, House Bill 64, ranges from $90,000 for the Josh Project to teach Lucas County kids how to swim to $2 million for a new Moms Quit for Two Grant to fund yet another smoking cessation program.

Just how these projects and organizations got a line item in the budget can be hard to determine.

Ohioans previously could determine who was pushing for particular funding or special tax breaks, but that changed in 1999.

The biennial budget that year included language that declared some legislative documents confidential. So the history of bills and amendments — which lobbyist or organization wrote to which legislator to request their inclusion — is no longer a public record.

It’s not just money we’re talking about. Sometimes it’s a special tax break or protection from competition for certain industries.

For instance, fireworks manufacturers and wholesalers won’t see any new competition in the next two years thanks to the budget. The moratorium on granting new licenses for those categories, as well as prohibiting the geographic transfer of those types of licenses was extended.

The state auditor will also get more money, but not just from the office operating budget. A new provision allows the auditor to share in the proceeds of forfeited property when the office has been substantially involved in its seizure.

The budget is riddled with specific dollar amounts for specific programs or organizations:

These are just a few examples. In almost all cases, the conference committee kept the individual earmarks from both the House and Senate when it prepared its report and the final version of the budget.

Some argue all these earmarks are worthy causes. Legislators often say the state taxpayer money will be spent one way or another, so why not put it toward a specific item the legislator knows is a good program or cause.

Recipients love getting money for their specific projects by having someone insert a line item for them. It means they automatically get the money and don’t have to compete with other projects and programs the state might fund out of a particular department.

But taxpayers across the state end up footing the bill — often for a legislator’s effort to buy support in his or her home district or to cater to a particular lobbyist or group.

Even though the budget was approved by the General Assembly, the governor has line item veto authority and could veto any or all of the earmarks, as he did in the past.

The issue isn’t just transparency when it comes to pork in Ohio’s budget.

That 1999 budget bill also changed the requirement on financial impact statements, which must include a local estimate for bills that could result in additional costs for counties, cities, townships and school districts.

That requirement used to apply to the state’s annual operating budget, until the biennial budget of 1999 removed the “principal biennial operating appropriations” from the list.

So not only do Ohioans have no idea who is behind various pork items and special terms in the state budget, they also have no idea how much it’s going to cost their local governments and schools — and ultimately, the taxpayers.