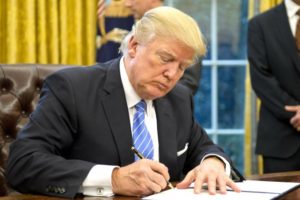 President Donald Trump will headline a national gala for a major pro-life women’s organization. Trump has earned praise from pro-life advocates for his consistent pro-life policies as President — ranging from defunding the international Planned Parenthood abortion business to overturning the Obama abortion mandate forcing Christians to pay for abortion drugs.

This afternoon the national pro-life group Susan B. Anthony List informed LifeNews that President Donald Trump will speak at the organization’s eleventh annual Campaign for Life Gala. The event will take place Tuesday, May 22 at the National Building Museum in Washington, D.C.

During the event, Kellyanne Conway, Counselor to the President, will receive SBA List’s 2018 Distinguished Leader Award. Majority Whip Steve Scalise of Louisiana will give special remarks. Long-time pro-life advocate and businesswoman Kathy Ireland will serve as Mistress of Ceremonies.

“President Donald Trump is governing as the most pro-life president in our nation’s history and Susan B. Anthony List is honored to receive him at our annual Campaign for Life Gala,” said SBA List President Marjorie Dannenfelser, who also served as national campaign chair for the Trump campaign’s Pro-life Coalition. “President Trump has diligently and successfully gone about fulfilling his promises to the pro-life voters who worked so hard to elect him, and it has been a privilege to stand with him to defend the innocent unborn.

In 2017, he also signed a law to overturn a rule under pro-abortion President Barack Obama that forced states to fund the abortion business Planned Parenthood.

He created a new division within the U.S. Health and Human Services Department to protect religious freedom and conscience rights. This is especially important to medical workers and business owners who object to abortion and other life-destroying acts.

In January, Trump became the first president to address the March for Life in Washington, D.C.

One Trump’s top pro-life advisors is also receiving an award.

“We are also proud to honor our longtime friend, Kellyanne Conway, for her unwavering pro-life leadership,” Dannenfelser told LifeNews. “Kellyanne’s presence on the Trump campaign was an indication that Donald Trump took the pro-life issue very seriously. Now serving as Counselor to the President, Kellyanne plays a key role in helping President Trump to fulfill the four major promises he made to the pro-life movement during the campaign.”

The SBA List gala is a kickoff to its active campaign during the 2018 election season.

“During the 2016 election cycle, SBA List canvassers visited more than 1.1 million voters at their homes in our largest ever get-out-the-vote campaign,” Dannenfelser added. “Going into the most important election for the pro-life movement since Roe v. Wade, the 2018 midterm elections, we have redoubled our efforts. Our team is on track to reach two million voters before Election Day in key Senate battleground states to mobilize the pro-life grassroots and defeat abortion extremists. We must reclaim the pro-life Senate majority to protect the gains made under President Trump and his administration and ensure that his pro-life agenda can continue unobstructed. Unborn children, their mothers, and pro-life taxpayers could not have a stronger ally in the White House than President Trump, and we look forward to the many victories we can achieve together.”

SBA List canvassers have been on the ground since last July and are visiting voters in Ohio, Florida, Missouri, and Indiana, with plans to expand to North Dakota, Montana, West Virginia, and Wisconsin.

This made possible with the election of President Trump 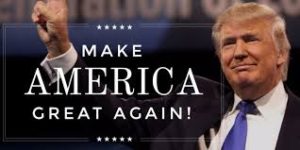