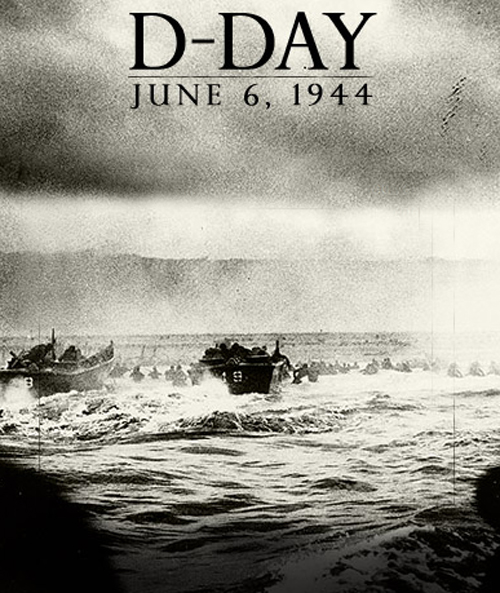 “There comes a time when you’ve used your brains, your training, your technical skills, and the die is cast and the events are in the hands of God, and there you have to leave them.”  Dwight D. Eisenhower
On this day in 1944, General Eisenhower gave the command to launch Operation Overlord, more commonly known as D-Day. As the first rays of dawn broke over the English Channel, the seas were lined with thousands of warships and troop transports. Freedom was coming to Europe.

When the ramps first dropped on the landing crafts, the German machine gun fire obliterated the bodies of the young, American lead troops. But more troops were coming. There would be many more, eventually overwhelming the massive number of German troops, concrete bunkers, and heavy armaments of Hitler’s formidable Atlantic Wall.

The spray of machine gun fire filled the air. The cries of the wounded and dying could be heard along the seashore. The briny seas ran crimson on June 6th as the tides washed away the soldiers’ blood from the sandy beaches.

That evening, as the sun was setting over the bloody beaches of Normandy, over 9,000 Allied troops had been killed or wounded. Over 100,000 more had landed successfully and were starting their assault on Europe. As they have always done in battle, American troops refused to back down from the guns and mortars of the enemy. And as they have always done, American troops willingly offered up their lives to bring liberty to the oppressed.