When did a ‘gay’ identity become a conservative value?

Is it true that men who have sex with men are now calling the shots in America? As are women who are intimate with other women?

Even as “conservatives”? It’s a tragedy that the American Conservative Union’s CPAC – the biggest annual “conservative” gathering in America – is now an apologist for religious-freedom-denying homosexual activists while shutting the door to responsible, respected pro-family organizations.

CPAC proclaims a “conservative” identity, yet this year the organizers are shocked, shocked at a call for bold action defending children and religious freedom by one of its scheduled exhibitors, MassResistance.

CPAC just retracted MassResistance’s approval to exhibit because its president, Brian Camenker, urged his audience during a 2015 speech to be less winsome and more willing to express justified outrage over the degradation of our culture by “LGBT” activists.

And he’s absolutely right. Brian did not recommend violence, and he never would. Just political push-back fueled by genuine concern for youth.

It’s time for a little less “love” and a bit more, “Leave our kids alone!”

Never forget that outcries against evil are a powerful witness.

Yet the Log Cabin Republicans – a “gay” group – will be exhibitors at CPAC again this year. This organization actively lobbies in favor of freedom-denying “non-discrimination” legislation defining homosexuality and transgenderism as valid behaviors. These laws coldly and deliberately put faithful Christians out of business.

Pro-family pioneer MassResistance was denied an exhibit after initially obtaining one. Why the retraction? Here’s what CPAC executive director Dan Schneider told LifeSiteNews:

“Schneider indicated that CPAC had deemed some of the language used by MassResistance in the past as ‘insulting and disrespectful’ when speaking about the LGBT community. ‘Groups which would use similar language about other minority groups would be disallowed as well.’”

It’s because homosexual bullies complained! That’s all it takes, apparently, for folks at CPAC to bend over, so to speak.

And of course, no one should ever insult the “LGBT” lobby, which Schneider inaccurately calls a “minority group.” We are apparently supposed to politely endure the sewer this “community” is opening up in America.

Another person called CPAC for clarification about MassResistance’s ouster. It happened because, a staffer explained, MassResistance doesn’t treat those with whom they disagree with “common decency.”

The staffer cited a 2015 Utah conference where Camenker urged the audience to squarely confront “LGBT” opponents of morality.

If common decency and respect are CPAC expectations, how does the conference justify its open door to homosexual bullies who encourage vicious rhetoric and thrive on vulgarity?

Take a look at the Log Cabin Republicans of Illinois and their obscene “gay pride” float a few years ago – with children, sadly, in attendance. Decency?

If you read the CPAC website, the Constitution is central to the group’s mission. 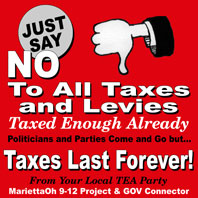 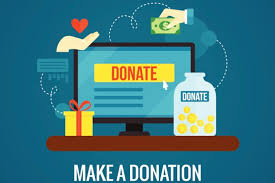